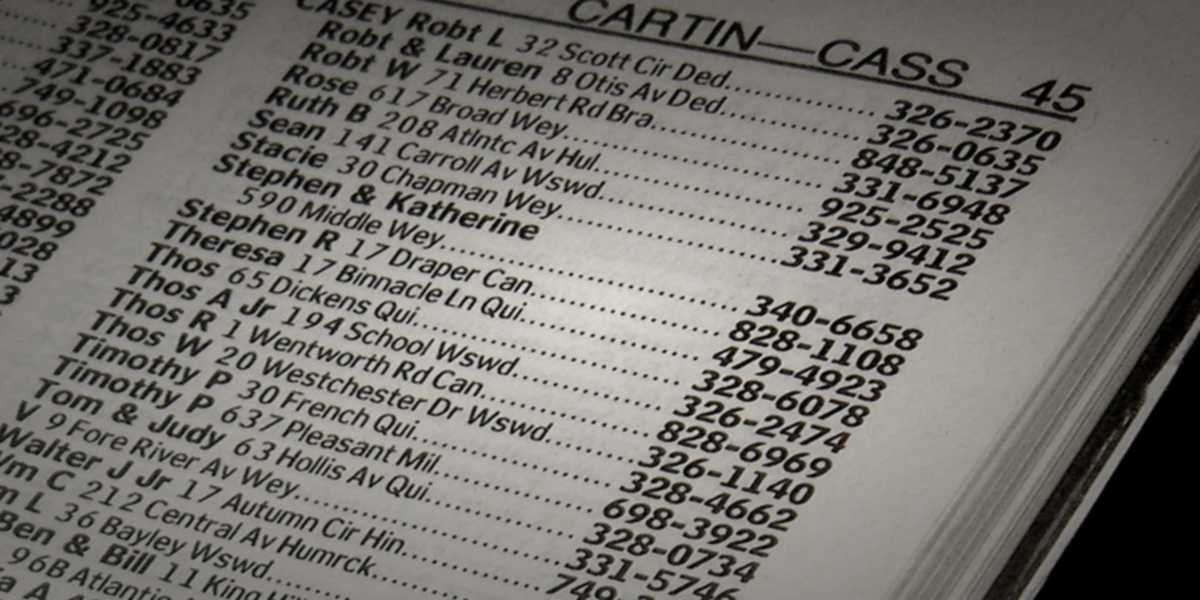 Need to dentify the owner, subscriber or user linked to a cellphone, landline, fax-2-email, satellite or VoIP telephone number?

Sometimes the only lead you have is a telephone number. If only you could find out who it belongs to, or who was using it at a particular time. You’ve tried the service provider, online search and maybe even the police, but nobody seems to be willing or able to help you. If this sounds about right then stick around – this page is for you.

Below you’ll find a handful of free tools we’ve created for you to use to verify what type of phone service or device a number is linked to, its broad geographic location and other non-personally-identifiable information. These tools will not enable you to identify the user of a phone number or their exact physical location. For that sort of information you’ll unfortunately need to pay. The InterTrace service (below the free tools) lets you quickly and easily trace numbers online.

If a phone number has been spoofed or a person is using a phone number that is registered to someone else (even fraudulently registered using a stolen identity) then you’ll probably need professional help tracing the actual person using that number.

Our cyber investigators use proprietary methods, paid tools, legal processes and their access to a range of databases and online services to link people to phone numbers.

You can request a quote by clicking the button below. We’ll get back to you with a few questions about the matter and then shortly after that with a no-obligations quote. Please allow up to 48 hours for a response (this is a maximum timeframe in case we’re swamped – normally it will be much quicker than that).

In the past, only investigators could track and trace phone numbers. Now, anyone can.

Visit InterTrace
InterTrace gives you access to information from dozens of sources that until now were only available to investigators. You can also trace emails and IP addresses. Best of all, it only costs R250 per trace!

There are generally three types of online criminals – amateurs, professionals and opportunists. Whether a scammer’s telephone number will be traceable back to them depends on which type of criminal they are, and chance (luck, fate, karma, fluke, you get the idea).

Amateurs and professionals are organized criminals who plan their crimes ahead of time. The main difference between an amateur and a professional is that a professional has the knowledge, experience and resources necessary to properly plan, execute and get away with the crime (being human, they’re not above making mistakes, so being a professional doesn’t necessarily mean that they cannot be identified or located).

An amateur is more likely to make elementary mistakes, less likely to consider all contingencies and is usually easier to catch.

Opportunists are unpredictable because they’re not organized (i.e. they don’t plan the crime beforehand and then carry it out according to plan). Opportunists will take advantage of an opportunity, usually time-limited, to benefit from a crime that they believe they’ll be able to get away with. They’re more likely to take risks because they’re very often more desperate than organized criminals and almost always lack the access to, and support of, established criminal networks.

Harassers, stalkers, bullies and other menaces are usually driven by their emotions or are acting in response to emotional triggers such as jealousy, resentment, rejection or humiliation. Because of this, they’re more prone to acting on impulse (especially at the outset) and less likely to have considered all the “what if’s” of their actions.

Its often the case (at least by the harasser’s account) that their initial intention was only to make that first call or to send that initial message – certainly nothing that should spark an investigation or be likely to blow back onto them.

For a variety of reasons, including that the initial call never went the way that they’d hoped, the harasser made another call, or sent another text. Before long these calls or messages have become routine.

Depending on the psychological makeup, emotional state and intellectual capacity of the harasser, they may not have had the foresight to adequately distance themselves from the phone number they’ve used – for instance, using an old phone of theirs or their room mates SIM card. As time goes on, the perpetrator is likely to get better at harassing. They’ll almost certainly self-educate, become more efficient and more sophisticated… and increasingly more difficult to identify.

Blackmail and extortion are virtually the same thing. Under Common Law, Extortion is defined as “taking from another some patrimonial or non-patrimonial advantage by intentionally and unlawfully subjecting that person to pressure which induces him or her to submit to the taking”. In South Africa, blackmail isn’t technically a crime in its own right – it is a form of extortion that typically involves a demand for money in exchange for not carrying out some threatened action (such as publishing damaging or defamatory information about a person or business).

As with all these types of cases that usually require in-depth investigation, extortion-type cases could involve organized criminals or opportunists.

Kidnapping for ransom is a growing threat in Africa with South Africa ranked 2nd (behind Somalia) for the number of kidnappings per capita. South African law distinguishes between abduction, kidnapping, and kidnapping for ransom (which is essentially kidnapping plus extortion). Abduction is defined as “unlawfully taking a minor out of the control of his or her custodian with the intention of enabling someone to marry or have sexual intercourse with that minor” while kidnapping is “unlawfully and intentionally depriving a person of his or her freedom of movement and/or, if such person is a child, the custodians of their control over the child”.

It is highly unlikely that a kidnapper would initiate contact from a phone number that could be traced back to them, unless of course the identity of kidnapper is already known, for example in the case of an estranged parent removing a child from their home. Cases involving kidnapping or abduction should not be handled alone. South Africa has one of the best hostage negotiation and hostage rescue capabilities in the world and you should contact the police for assistance.

How does Intertel trace phone numbers?

There’s no mystery here. Intertel subscribes to dozens of database services and has access to a jaw-dropping number of public and private databases – all of which contain information about phone numbers and the people linked to them.

We provide limited access to some of these information sources through services like InterTrace (http://trace.intertel.co.za) which enable any person to search for information linking a phone number to a person or business. InterTrace is a completely automated search facility that aggregates data from a multitude of sources and provides a report containing the most updated, reliable information available.

When it comes to tracing phone numbers for investigations of our own, we utilize Intertel’s tracing team to manually search these databases. This is preferred because automated searches cannot always distinguish between degrees of usefulness and relevance. Information that isn’t entirely relevant or that doesn’t match a preset pattern is more likely to be discarded or overlooked by a machine. Applying human judgement to the tracing efforts allows us to extract useful leads and other information of relevance to the investigation as a whole.

What can I do with the information?

If you’ve used a service like InterTrace to obtain details of a person linked to a cellphone number, for example, then you wouldn’t be able to confront, accuse, charge or sue that person for anything based solely on the information you’ve received from us. The reason boils down to proof.

Simply because some database (or many databases) identify a particular person as being the “owner” of a phone number doesn’t necessarily mean that this person is in any way involved in the use of that phone number. In a telephonic harassment case, for example, proving that a person has been harassing you requires more than simply showing that the person is linked to the phone number that was used. You’d need to prove that this person was in possession of the phone used for the harassment at the time of the alleged incident, and that it could not reasonably have been someone else.

If you’ve engaged our services to obtain evidence that you plan to use in legal or other proceedings then it is vital that you let us know. This will enable us to choose the appropriate method and source for that information so that it will be admissible, credible and can be authenticated.

How quickly can a phone number be traced?

Our automated tracing services like InterTrace (http://trace.intertel.co.za) can scan dozens (even hundreds) of databases in seconds. Manual tracing obviously takes longer. Minutes, maybe hours. In most cases, our tracing agents are able to trace the person or people linked to a number by consulting one or two databases. In other cases it might be necessary to consult dozens of different databases. When requesting tracing services it is imperative that you let us know of any time constraints that exist. In that way we can ensure that the most urgent matters are dealt with first.

How else can I trace a telephone number?

There are instances where the telephone number in question is either not listed at all on any of our investigation databases or the ownership information that is available is incomplete, outdated or plain wrong. This is often the case with harassment and crime-related matters (such as online fraud or internet scams) for which we offer a more specialized investigative service that uses more expensive but far more effective techniques and technology to track the person down. For more information consult our services pages related to the actual matter (e.g. harassment, extortion, scams).

Surely RICA means all numbers can be traced?

Yes, they can all be traced, but whether the person that is the registered “owner” of a number is the person that you’re looking for is another issue altogether. You see, despite identification and proof of residence being required when registering a SIM card under the RICA Act, people who intend to use a phone number for inappropriate or criminal purposes can circumvent the system in a number of ways. They could provide fraudulent identification documentation, having someone else register on their behalf, purchase a phone number that has already been registered in someone else’s name (genuinely or fraudulently), bribe or coerce the person responsible for registering the phone number, or they could find, steal, borrow, buy or otherwise obtain a working SIM card from a friend or stranger.

The good news is that in the case of cell phone numbers, even if the registration information is completely bogus, it does not mean that the person using the cell number cannot be traced. We have a number of resources at our disposal that can be used to great effect in linking a person to a cell number that is registered to someone else. Contact trace@intertel.co.za for further information.

Do all phone numbers need to be registered?

In most countries, telecommunications operators (including online service providers) are domestically regulated, and are usually required to either verify the identity of the user, validate an email address or cell phone number, or at the very least to log the user’s IP addresses and points of contact. This information can sometimes be requested in terms of the service provider’s Terms and Conditions or Acceptable Use Policy, in terms of Freedom of Information legislation, by Court Order, Subpoena, or through a Mutual Legal Assistance Treaty.

Any phone number can be traced back to its respective service provider or telecommunications operator, provided the number hasn’t been spoofed.