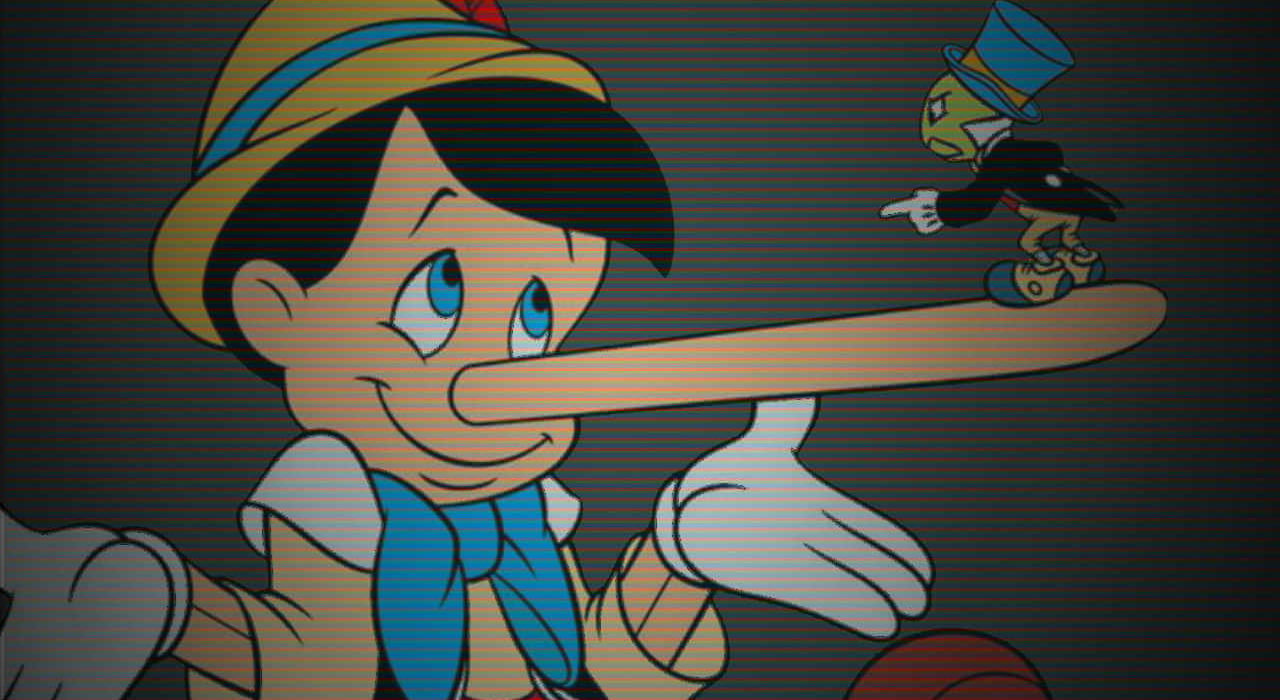 Written by admin on January 5, 2017. Posted in Solutions

Picture this: you’ve met someone special, and things are going great. You seem to have compatible interests, the same values, a similar outlook and even complementary goals in life. What’s more, your significant other is a billionaire, a celebrated philanthropist, a Nobel Laureate, a Pulitzer-prize winning best-selling author, a 10th dan black belt in Karate, Aikido and Ju-Jitsu and a personal friend of the Dalai Lama, the Aga Khan and the Pope. You want to believe it, but it sounds a little too good to be true, right? Sure. But lies aren’t always so obvious. How do you verify a person’s claims? That’s where we come in.

How does Fact Checking work?

You’ll provide us with details of a “fact”. It could be a claim, an accomplishment, a qualification, an event, a relationship, a resume, a photograph, a social media account, a blog post or any thing (in any form) that is thought to be questionable, false, fabricated, forged, altered, embellished, plagiarized, misrepresented or just bolony.

Degrees of Truth: A Case Study

It isn’t always possible to state with certainty that a “fact” is or isn’t a true fact. Information concerning that fact may have been lost, destroyed, taken to the grave or it may never have been recorded in the first place. In these cases, we will assess the likelihood of that “fact” being true in the context of the information we have about the person, business or organization at that point in time.

Our client was romantically involved with a person who had made various claims about his current employment and military service. The relationship was at a turning point and our client wanted certainty about these claims. According to the person, he had been a Special Forces operator for a number of years, and was apparently now a member of an ultra-secret military unit (whose very existence, according to the person, is a closely guarded State secret). Apparently they were recruited from amongst the best “Special Forces” for their unique skillsets (which they were never at liberty to discuss further). The claims tended to fit the person’s lifestye in that he was frequently called away on missions, being completely unreachable by cellphone, and always had weaponry or other seemingly militaristic items on his person or in his vehicle.

If this claim was true, its unlikely that details of the unit, let alone the members of such a unit, would be found in the public record, or that the military would want people asking questions about it. So, instead of focusing on the claim itself, in particular, this ultra-secret unit, we took a closer look at the facts that would be needed to support that claim. In other words, what else would need to be true in order for the claim to be true, and which of those supporting facts would disprove the claim if they were themselves false? 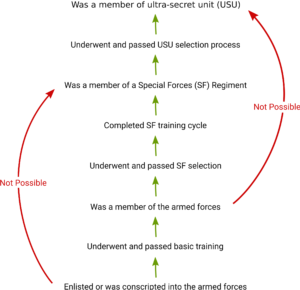 A number of our close protection and surveillance officers originally came to Intertel from the military, some of them having served in the South African Special Forces Brigade (SASFB). Common amongst all of them is that they say very little about their time with the “Recces” (a common term for the SASFB). Although besides the point, all of our ex-military guys were very skeptical about these claims. Nontheless they agreed to help us draw up a dependency diagram (as seen to the right). This diagram shows the route one would need to have taken to be in such a unit (if that unit existed). Its important to note that one can only progress up a level by completing the level before. In other words it wouldn’t be possible to skip any of the steps in that list (as shown by the red arrows). 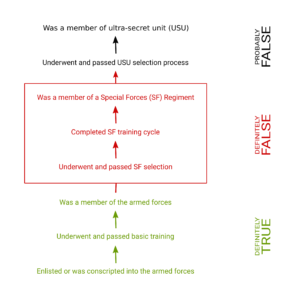 The dependency diagram gave us a way to show whether or not the claims were likely to be true by proving or disproving the various other facts that are implied by the claims. For instance, the person would need to have been a member of the armed forces to be in the Recces, so if we could prove that he was never in the military then all other claims would likely be false. As it so happens, he was in the military and this was confirmed with the Department of Defence, who also confirmed that he had been discharged from the Army and was no longer a member of the South African National Defence Force. Through the South African Special Forces Association we were able to confirm that he had never served as a member of the Special Forces. Almost case closed.

Our findings up to this point were provided to our client along with recommendations for obtaining a confession or forcing further exposable lies. As part of the final push to get to the truth, our client agreed to set up a “chance” meeting between herself and her boyfriend, and two of our ex-special forces guys. This was to happen at a local pub/restaurant. One of our guys would approach the client and call her by name, asking if she remembered him from school. They would chat a little and she would introduce her boyfriend to them. Our client would, at some point, ask our guy what he’d been up to all these years, and he would mention that he was in the special forces. She would then say something like “Wow, how uncanny, so is my boyfriend” at which point our guys would start asking the uncomfortable questions, like where are you stationed, do you know so-and-so, and the types of questions that only the genuine article would know. It didn’t take long for our guys to call “bullshit” and they did so in front of our client and her boyfriend. When he realized that the game was up he came clean. The truth turned out to be worse than delusions of grandeur. Our client’s boyfriend admitted to being married and that his time away from her was spent with his family. At the end, our client was relieved to know the truth and broke off the relationship immediately.